Mahindra has unveiled the Funster convertible SUV concept. The EV concept is part of the manufacturer’s 18-car line-up that’s on display at the biennial Auto Expo. 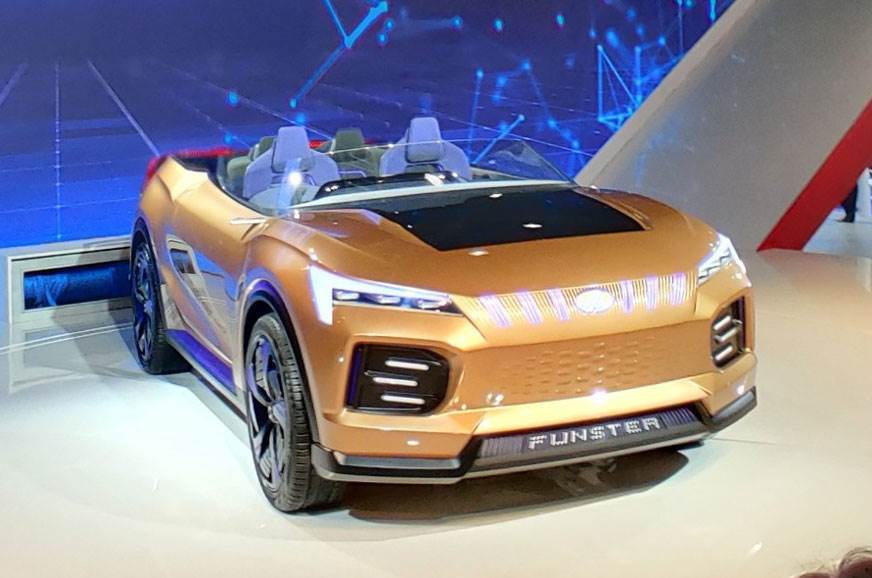 The hardtop convertible EV has two doors and all its roof pillars lopped off, and, in the place of a conventional windscreen is a small wind-deflector screen. The Funster also has a light signature setup at the front simulating the Mahindra slotted grille.

In terms of powertrain, the Mahindra Funster packs a 59.2kWh battery pack that sends power to two electric motors, one on each axle. Power output is rated at 313hp and Mahindra claims a 0-100kph time of under 5sec. The claimed range is 520km, and Mahindra says the top speed stands at 200kph.